Back to Articles
Next: CBH Homes 2021 Social Recap
Share

CBH is beyond proud to be celebrating 30 years and you’re invited to join us.

It’s time to invest in those party pants.

Here at CBH Homes, we’re celebrating. Celebrating 30 years of building dreams. 30 years of giving back to our community. 30 years of making the dream of homeownership a reality.

Get ready. It’s time to invest in those party pants because we’re inviting you to join us all year long in celebrating 30 years of making the Treasure Valley home.

What does 30 years look like? Let’s break it down.

In 1992 Corey Barton built his first home in Idaho. 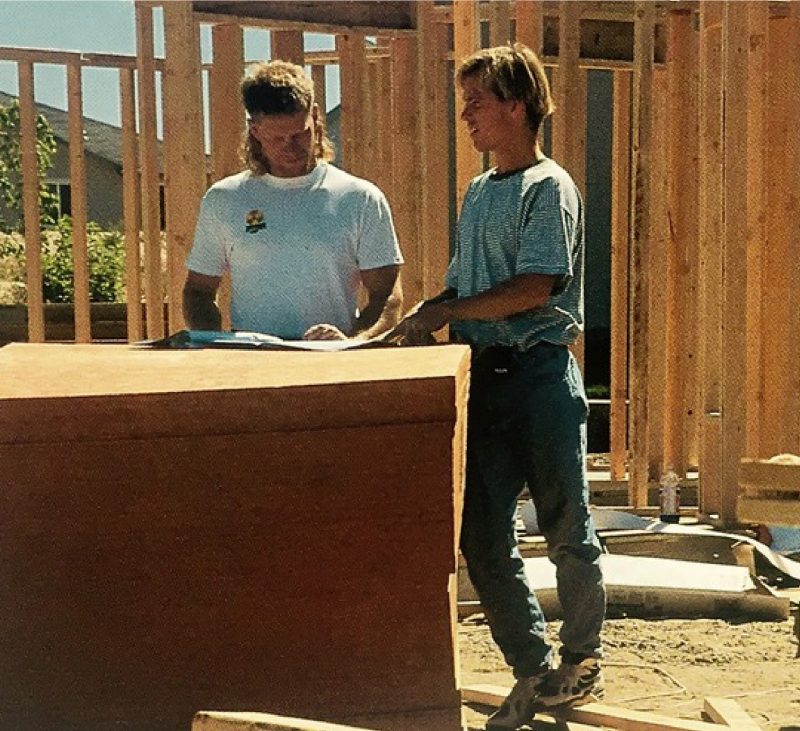 Established in 1992, with not much more than his pickup truck and a tool belt, Corey Barton – a tireless worker and master of efficiency- began building homes in Ada County. Fun fact, Corey used to draw his floor plans himself by hand.

In 2000, when we were still calling ourselves Corey Barton Homes, we built 661 homes and became the #1 Largest Homebuilder in Idaho. A few short years later in 2002, we hit a record-breaking 1,000 new homes.

Shortly after in 2006 Corey Barton Homes got a makeover and we changed our name to CBH Homes. Yes, we’ve been CBH Homes for over 15 years! 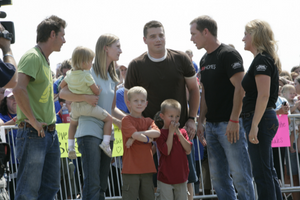 Cue the camera and ‘action’, as CBH was featured on the national television show Extreme Makeover: Home Edition in 2007, to build a new home for a family in need. The best part, we built the 4,000 sq. ft. custom home in just under 5 days.

In 2012, we said, “it’s not our first rodeo”, when we hit our 20th anniversary and have been hitting homeowner milestones ever since. Currently, reaching over 22,000 happy homeowners and counting, to us, there is more than just building homes, we’re building dreams.

We are always striving to be a good neighbor to our community. From non profits, businesses, schools and more, we give back $232 for every home built. That’s over $200,000 a year. 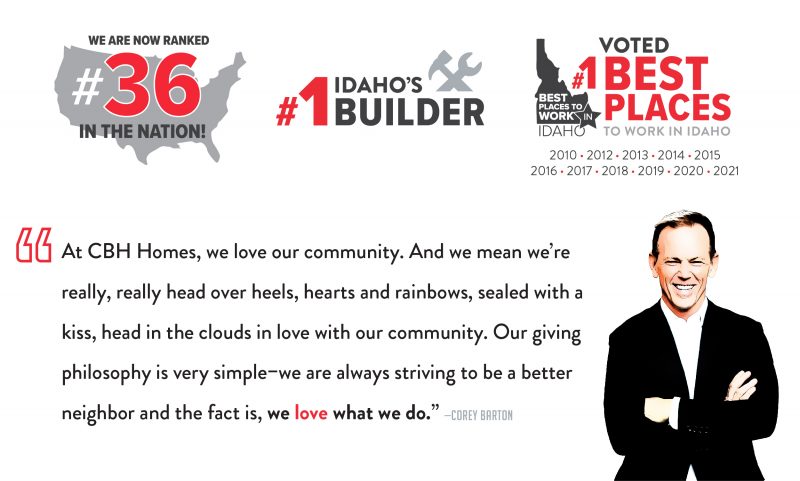 Since 1992, the company that started with just one man has grown to include a real estate brokerage, HVAC company, electrical company, truss plant and interior finishes supplier.

We’re proud to be local. Proud to be Idaho’s number one homebuilder and proud to be building dreams for 30 years.

Where TO CATCH THE CELEBRATIONS.

Stay tuned, get excited and make sure to follow us on social media to find out where our year long celebrations are happening. Who knows, you might even catch us in the air…

Thank you, Treasure Valley, for all the love and support for 30 years. Bring out the cake!